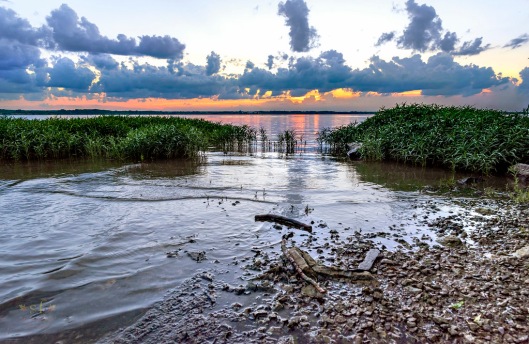 If we go the very familiar story of Captain Moroni in chapter 43 of Alma, we learn about his brilliant strategy to defeat the massive Lamanite army led by Zarahemna. Moroni, although severely outnumbered, had done everything in his power to better prepare his Nephite army to go up against the invading Lamanites. He had prepared his soldiers with thick clothing, breastplates, head shields. He also sent spies to watch the movements of the Lamanites. He didn’t just prepare physically, but also sent a petition to the prophet, Alma, to pray and ask the Lord for help in knowing where to go, and what to do in order to protect his people.

Alma did help by inquiring of the Lord and receiving inspiration. He then sent word as to where the Lamanites would be attacking. Moroni then devised a specific plan in order to maximize the Nephite’s effectiveness, and minimize the number of casualties that both sides would suffer.

He split his army on both sides of the River Sidon, and hid part of his army surrounding a valley on the far side. He assigned Lehi, a skilled and fearless captain, to hide and lead the Nephites on the near side of the River.

As the Lamanites approached the river, and passed the hidden army of Lehi, he attacked and quickly drove the Lamanites into and across the river, to where Moroni was waiting. A huge battle ensued. Even though the Nephites were better prepared, and had the advantage of surprise, the Lamanites nearly defeated them.

I never really thought about this whole scene from Lehi’s perspective. He and his soldiers had maintained their position and remained on the opposite bank of the river and had not taken part in the battle between Moroni and Zarahemna. He had to watch and wait.

And Lehi retained his armies upon the bank of the river Sidon that they should not cross.

Lehi had fulfilled his assigned duty which was to drive them across the river. I imagine it would have been extremely hard to stand back and watch as the events unfolded, close enough to see, but beyond his reach, and out of his control. Im sure he wanted to step in, especially as the battle looked to be lost.

I think many of us at times may feel the same way as Lehi did in that moment. Possibly we feel that was as parents standing back as our kids get older and start making decisions on their own. It may even feel like they are just beyond our reach, or out of our control or influence.

We may feel the same was as employees or employers amid business shutdowns secondary to the pandemic. These are devastating and have nothing to do with our own hard work, or how well we do our jobs. Yet, we often struggle and suffer.

Some things are simply out of our hands.

Some of the lessons we can learn through this difficult time have to do with the elusive twin virtues of patience and trust.  We are all important parts of a grand master plan that our Heavenly Father is orchestrating. We are here to learn.  Sometimes the lessons come in ways we don’t understand. We simply have to do our best to trust in the Lord and his timing.

We can learn from the experience of Joseph Smith and his unfair incarceration in the Liberty jail. His fate was completely out of his hands, even though he had done everything in his power to do what was right. But still he was forced to endure some of the most excruciating moments of his life.

Even in those difficult moments, he received revelation, and assurance from the Lord. He learned the lesson that he shares with us through Doctrine and Covenants section 122, that…

All these things shall give thee experience, and shall be for [our] good… Therefore, fear not… for God shall be with you forever and ever.

Our Heavenly Father and Jesus Christ are with us. Sometimes they feel closer when we demonstrate our complete dependence and reliance on them. Sometimes it takes an excruciating event to catalyze these feelings. Sometimes we are at our most humble and receptive when we do lose control, and are left with no option but to trust and rely on the plan our Father in Heaven has for us.

Let us choose to trust in Him, and show as much patience as we can so that we may also hear the same words that soothed the heart of Joseph Smith…

Peace be unto thy soul; thine adversity and thine afflictions shall be but a small moment.

1 thought on “On the Beach Beyond our Reach”